Strangers in their own native land. The current situation of Crimean Tatars.

Crimean Tatars are the second largest Tatar nation in terms of numbers. In spite of more than 300 years of owning a country and written sources mentioning the Tatars dated to the 10th century, since 1783 Crimean Tatars have been under Russian rule, apart from the short existence of the Crimean People's Republic (1917-1919).

From the beginning Russians had clear plans for Crimea. Both, the climate and strategic location of the peninsula made the indigenous people very quickly treated as unnecessary ballast.

Tatar peasants and craftsmen were driven out of their houses and workshops, Tatar aristocracy was deprived of their property in favor of Russian aristocracy. Due to deterioration of living conditions among Tatars, diseases started to spread, indigenous people of Crimea died en masse.

Some of them left the peninsula heading to the Ottoman Empire (mainly to Romania, Bulgaria and Turkey itself - hence the large representation of the Crimean Tatar diaspora in these countries). An extremely strong Russification began.

Slightly more than 130 years later, another wave of cruelty, famine, disease and mass migration swept through the Crimea. The Bolshevik Revolution destroyed the culture of the Crimean Catholics, which was reborn despite adversities, and Crimean Tatar intelligentsia was murdered. After more than a century of Russification and establishment of the Crimean Autonomous Soviet Socialist Republic in 1921 the Tatars were already a minority. In 1920 they constituted 26% of the population of Crimea and in 1939 even less, only 19.4%.

In 1941, the Second World War reached the Crimea. The majority of Tatars supported the side of the USSR in the fight against the Nazis. The small minority of Tatars, seeing the Germans coming from the west, believed that they could help them to obtain a Crimean Autonomy, where Tatars will be able to enjoy at least partial independence, exiling Russians out of the peninsula. This small group was enough for Stalin to consider the whole nation as traitors to the USSR.

In May 1944 (18 May was the culmination of these crucial events) 194.000 Tatars were deported to Central Asia. Nearly 8.000 of them died during the deportation, while tens of thousands perished subsequently due to the harsh exile conditions. Soldiers who, after the end of the war, wanted to return to their homes, were sent, with a few exceptions, to Central Asia.

Whole towns and villages were abandoned and Stalin ordered to bring settlers in place of Crimean Tatars. During two generations the remembrance of the Tatars in Crimea was almost erased. Therefore, for the Russians living in the Crimea, it was very shocking when, in the 1980's, the Tatars began to return to the peninsula, until 1989 mostly illegally.

They established tent settlements and were building houses on their grandfather's land. The new Crimean authorities and current residents were very hostile to them. In the meantime, in 1954, Crimea became part of the Ukrainian SSR and in 1992 it became an Autonomous (due to Russian-speaking Soviet colonization) Republic of Crimea within the framework of independent Ukraine.

Since then, despite numerous problems such as the lack of systemic and financial support, Crimean Tatars have been organizing their life again on the peninsula.

More and more Tatars returned to the peninsula, Crimean Tatar schools and cultural centers were established. Despite numerous anti-Tatar incidents, this indigenous population of Crimea created political structures and began to be visible both in Ukraine and internationally. However, in 2001, they constituted only slightly more than 12.10% of the population of the peninsula. The next impact on the Crimean Tatar community was the events of February and March 2014. At that time, after the pro-European and pro-democratic political coup in Ukraine, there was a Kremlin-organized military coup in Crimea itself, during which the Tatars sided with Ukraine and took part in mass protests most actively to defend the “Ukrainian character” of the peninsula.

After an undemocratic referendum, the Autonomous Republic of Crimea was incorporated into the Russian Federation. Since the beginning of the occupation, Crimean Tatars have been targeted by the new government. For many reasons, they are a serious obstacle to the Kremlin in achieving its goals.

Crimean Tatars, due to their well-developed cultural self-awareness and identity, due to their high self-organizational abilities (after the experience of isolation in Uzbekistan and during the USSR) are a clearly separable ethno-social element of the peninsula. Due to a specific social trauma resulting from the experience of previous generations and events of recent years, they do not want to be part of the Russian world. In addition, according to ideologists of the so-called "Russkiy Mir", they occupy a "lebensraum" illegally intended for Russians.

Thus, in the period from 27 February 2014 to December 2016, 43 people were abducted, of whom 6 persons were found dead and 15 were never found. It turned out that 25 people were abducted by representatives of state power ministries, of whom 21 were released after some time, two were in custody and were eventually charged and sent to prison after the trial.

They were accused of espionage, separatism and terrorism. One person was sent back to Uzbekistan because he was not permanently resident in the Russian Federation and had Uzbek citizenship(1)

In 2016, we can see a certain change in the actions of the Russian authorities. From very chaotic, even improvised actions, to systemic ones. The Crimean Tatar media was reinstated, and there was open talk of the possibility of teaching Tatar children in schools in their mother tongue; also the authorities expressed their wishes to Muslims on the occasion of religious holidays.

At the same time, Crimean political organizations (those opposed to the new government) were pacified, either by using all kinds of oppressive methods or by marginalizing them: by stimulating or sustaining internal conflicts, but still providing regular funding (for the pro-Kremlin ones).

Most of the leaders of the Crimean Tatar pro-Ukrainian movement have left the peninsula - those who remain are intimidated, are placed under arrest, their homes are regularly searched, and families are persecuted. This does not only concern families of political and social activists. The FSB and other services seem to selectively arrest young Tatar men taking them away in unknown directions, demolish homes during so-called searches, block mosques and hinder religious practices.

According to reports from human rights observers in the Crimea, such as the 'S.O.S. Crimea' organization, in the case of fairly frequent shortages of water or electricity, Tartar settlements are the first to be disconnected from the supply chain.

The official media are working in a regime of propaganda of success - it is possible to get to know the real situation from people coming from the peninsula, because there is an information blockade.

There is an atmosphere of general apathy and paranoia fueled by the authorities. Today, regular human rights violations are taking place in the Crimea. The culture of the indigenous people of Crimea has been pushed almost underground, cultural and social activists are supervised, their rights are restricted or, in the worst cases, completely deprived.

As reported by the 'Crimea S.O.S.'(2) and other organizations involved in monitoring human rights violations in the Crimea, it happens that Crimean prisoners are left without medical care, prevented from contact with their families, and the right to a fair trial is violated.

The photos below show the events from Crimean Tatars villages in 2020: 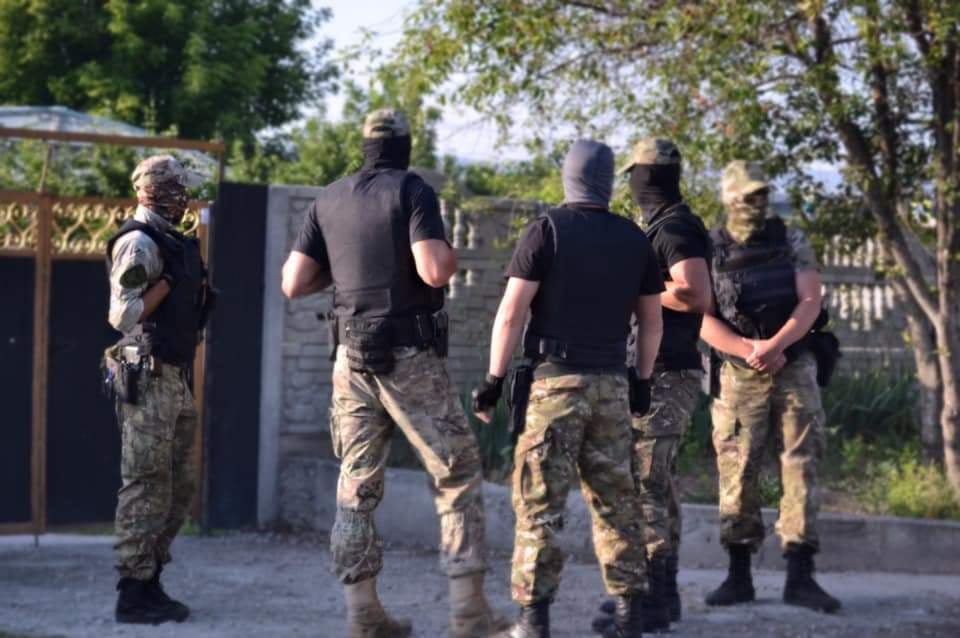 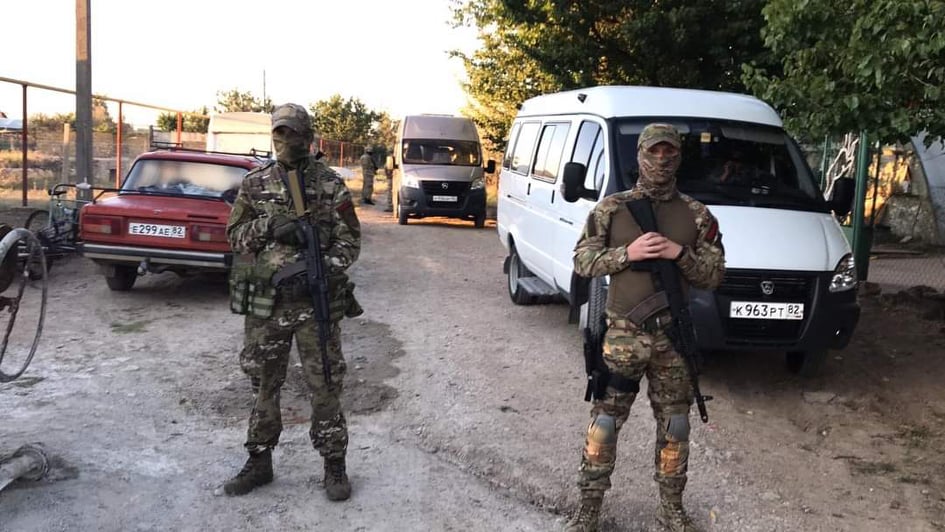 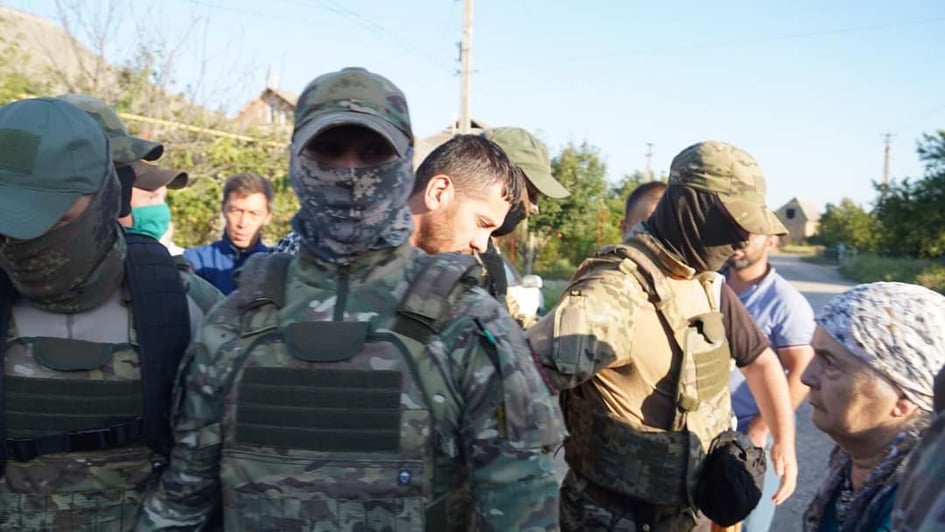 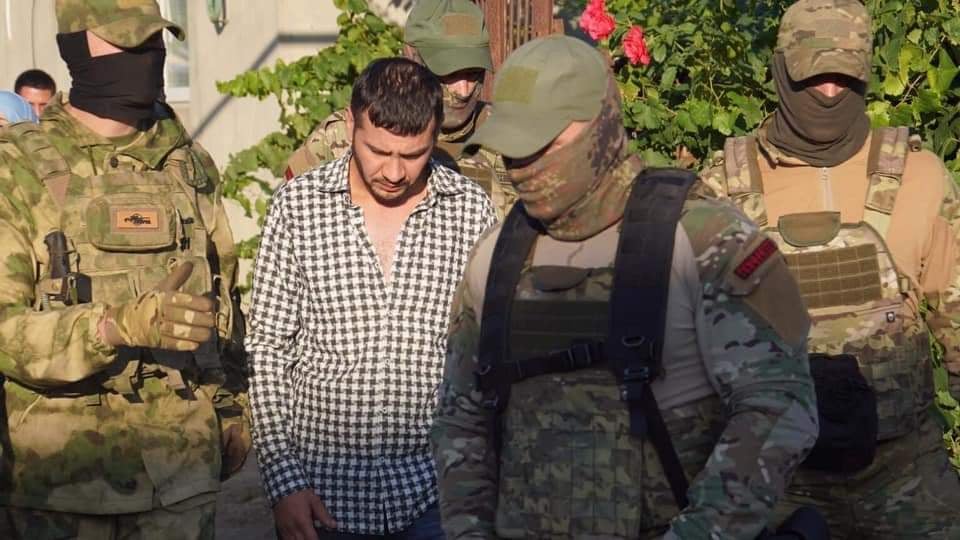 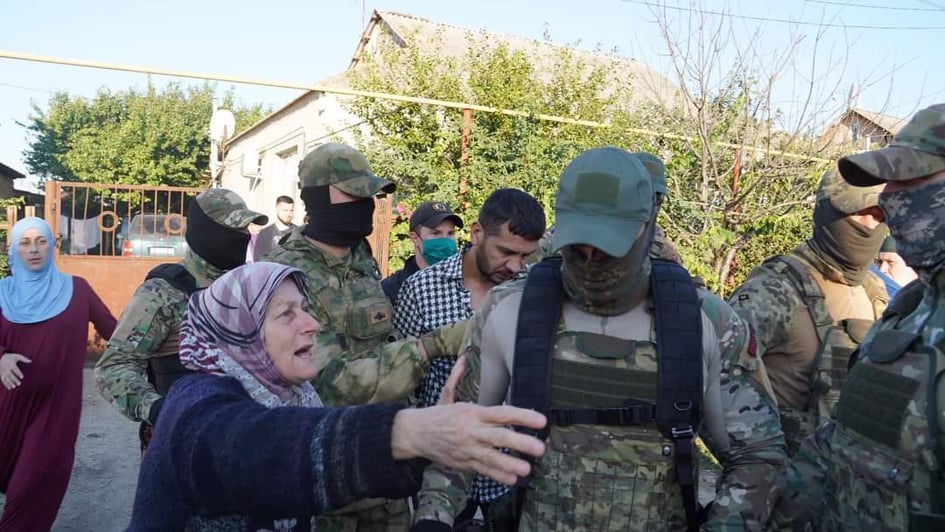 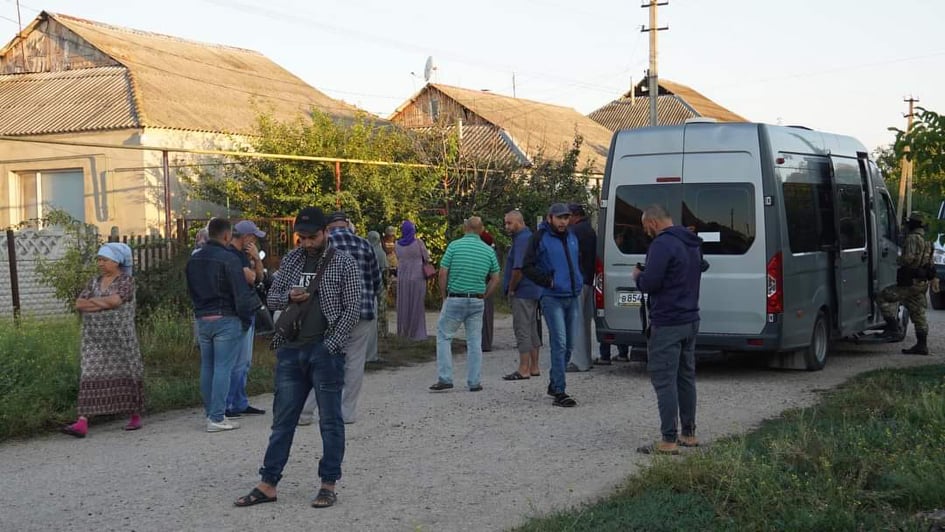 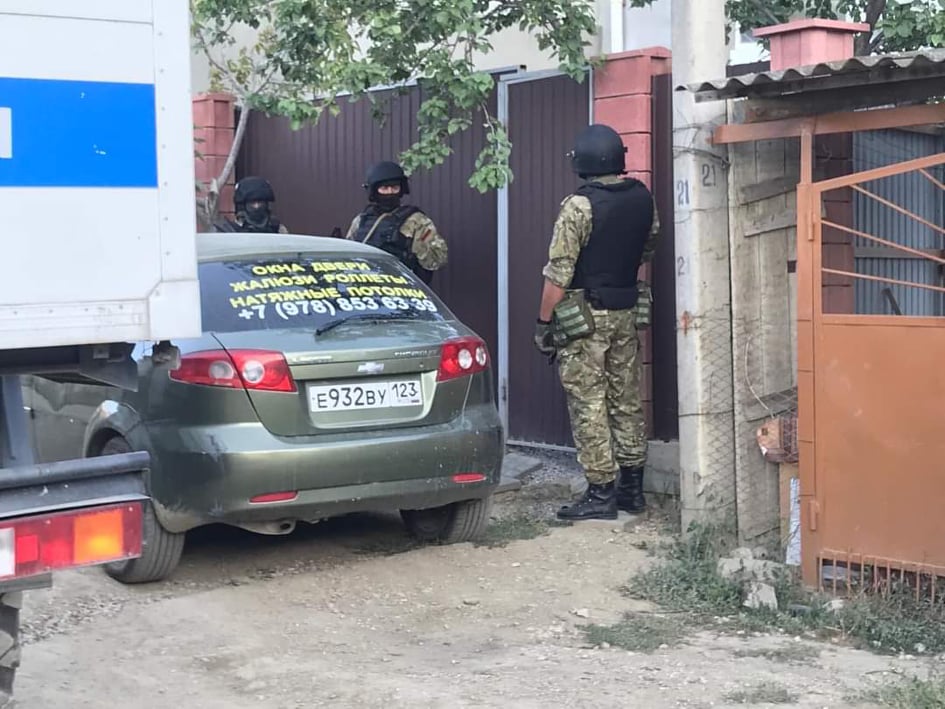 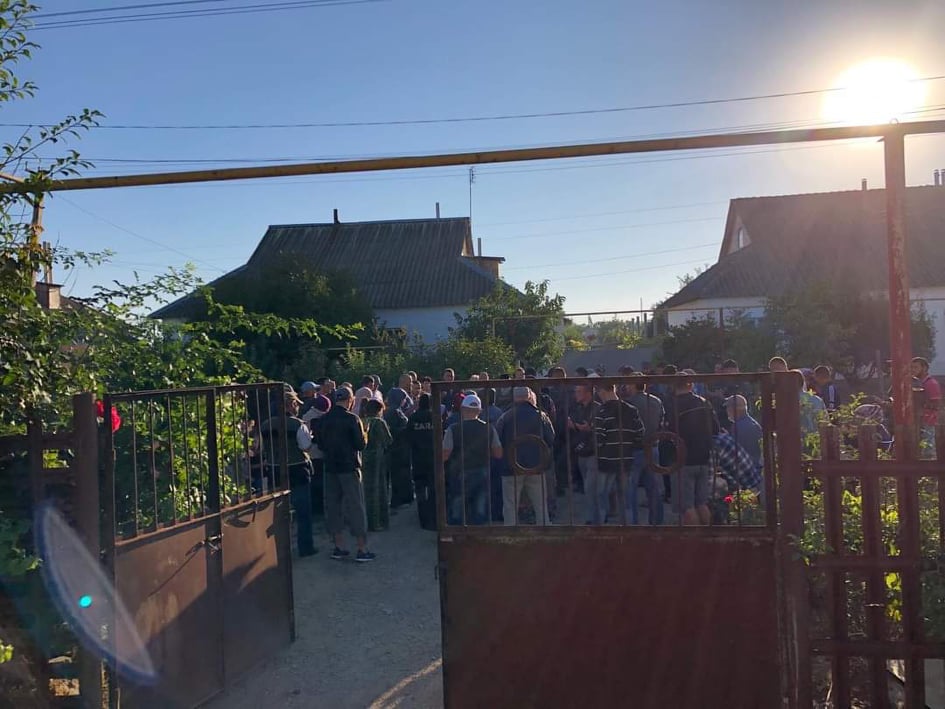 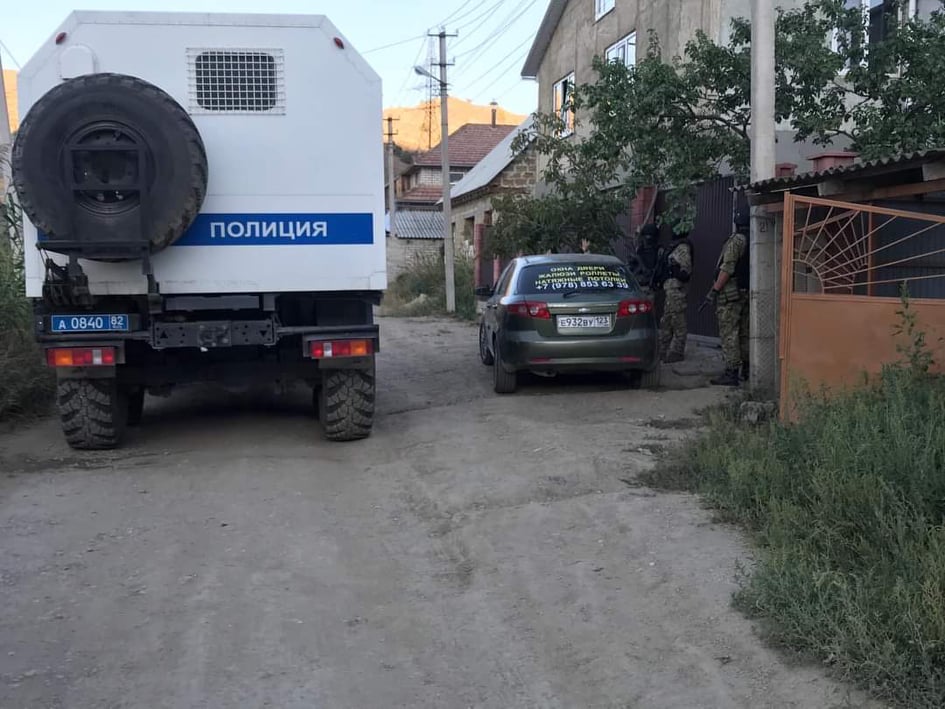 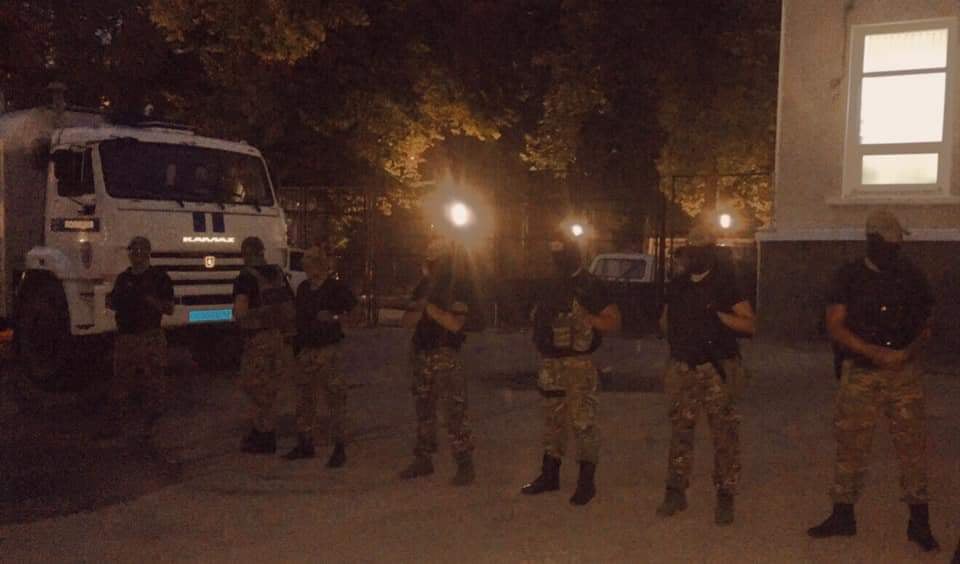 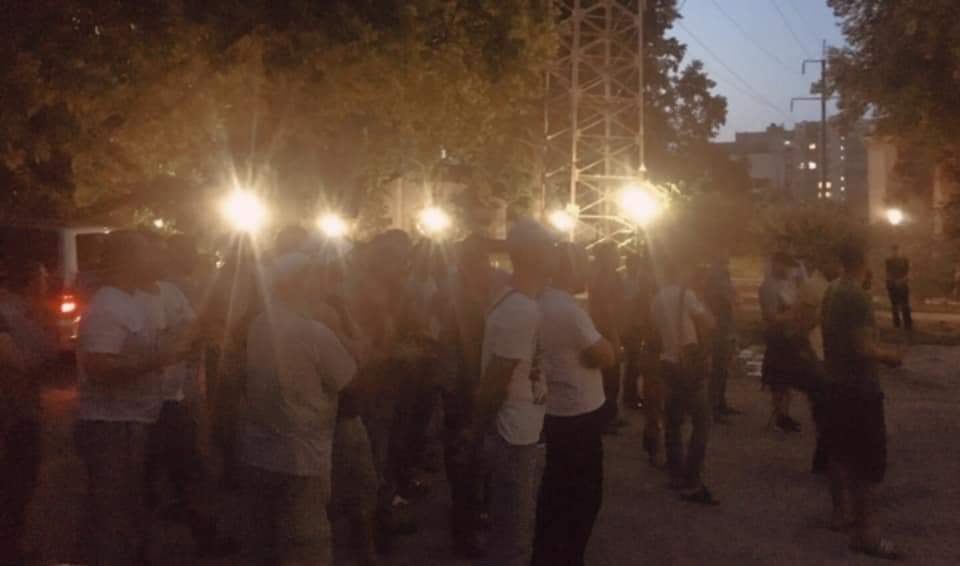 This is all - in Europe, it is all closer than you think.

Bekir Ablayev - A SHOT FROM THE PAST .

Some FAQs about Tatars.